YOU AND YOUR TEAM 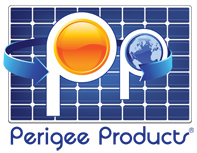 It took a few years and a couple of jobs after business school, but when you finally landed this position as VP of Retail Operations at Perigee four years ago, it felt like you had arrived.  The work is challenging, you like the people, and as an environmentalist, you believe in the company… all good things.

At 38, you find yourself in fairly familiar territory: married for 9 years, with a precocious 7-year-old who already has Ivy League stamped on her forehead.  You own a very nice 3,100-square-foot house in the suburbs of Vegas that you bought in 2006, six months after starting at Perigee, at what turned out to be the height of the real estate boom.  You have a jumbo Adjustable Rate Mortgage at 5.25%, which is costing you about $2900 a month all-in (you’d like to re-finance, but there is the small matter of a crack in the foundation that is going to have to be repaired first, to the tune of at least $35K).  You also still have a significant amount of debt from b-school loans, plus two car loans.  Bottom line is, it’s been costing you about $7500 a month to live, which, considering taxes, means you need to gross about $118K to break even.  Recently, after considerable effort and waiting, your daughter gained admission into the Henderson International School, a newly formed private school.  Good for her future prospects at Yale, but bad for your finances, since it is going to set you back $13,000 a year in tuition and materials. That was fine while there were still two incomes in the family; but your spouse’s real estate company went bust last year, leaving you as the sole provider. Your spouse is deeply worried about this, and has begun taking Xanax.

With a salary of $125K/year, the base pay is only so-so and doesn't quite cover your new cost of living, but your incentive plan includes some provisions that could boost the comp up to the point where you’d be comfortable.  There is a 20% bonus that is nearly a sure thing in any year in which the company makes money and you don’t exceed your budget.  There is also a revenue sharing plan for executives at the Director level and above that shifts from year to year depending on the number of executives, but in recent years has been set to distribute 25% of company profits at year’s end in a pool according to this schedule:

In 2007, this translated into a $42,875 revenue sharing bonus for you -- money that went straight to the Henderson International School and into a fund to get that crack in your foundation repaired.

You have four Directors reporting to you, each earning around $100K (see table for salary information):

Sunil Mandathan, 35, Delhi-born Director of Retail Information Systems.  Has been with Perigee since its founding – originally hired by Gary Nakamura to head-up IT for SolarFlare.com, and still close to him (they play golf together every weekend, and sometimes on Thursdays, too), although his role has faded in the last couple of years as Perigee signed a tech support contract with an off-shore company, ironically in Hyderabad, India.  Sunil was moved over to the Retail Division and has done a good job of keeping the POS systems in the stores running smoothly.  Still, his motivation is a bit lacking because he made some good early money with Mark and Gary on the website.  Sunil manages a team of three, and he has been trying to cross-train them.  But it's been tough. Each one has a highly specialized role: one programmer, who is the expert on the Point Of Sale (POS) system in the stores; one systems support specialist; and one network administrator. Sunil's team has been complaining about the cross-training program, and because they belong to the International Brotherhood of Electrical Workers, IBEW Local 396, which is active on the plant floor at Perigee, this worries management. At all costs, they want to avoid a further expansion of unions into the Retail Division, since that would virtually eliminate all flexibility in contracts and compensation.

Jack Danella, 59, Director of New Product Development.  Navy vet, old school, he has always bristled a little bit at reporting to you because he thinks he should have had the job himself, even though he only had one year of company experience when you arrived.  He was responsible for producing the second best product Perigee makes, a motion detector lighting system, and he has consistently been a rainmaker. His productivity has fallen off recently, but he supposedly has some products in the pipeline that are destined to be sure-fire winners.  No one knows for sure, because Jack is conservative by nature and doesn't like to tip his hand about new products until he has every last detail buttoned up. And, because it is well known that jack has friends among the competition, that secretiveness has always worried senior management. Jack has two New Product Managers on his team, both serving similar functions:  Karl Neumeyer (like you, a graduate of tiny Kenyon College in Ohio), whom you originally hired just after you started and before the Retail Division was created; and Neil Cassavettes, whom Jack hired last year when the new store leases were signed in LA.  Both of them show some promise, but are clearly first mates to Captain Jack.  Also on Jack’s team is Lydia Espinoza, administrative assistant, who was hired only two months ago but is already seen as the glue that holds the department together.  Many people have commented that the New Product team would be lost without her.  Lydia, however, is not happy in her job, and recently filed a formal complaint about Jack because of what she perceives as derogatory comments about Latinos, though he denies it.

Sharon Christianson, 39, Director of Retail Operations.  Sharon was the first person you hired after you were put in charge of the Retail Division, and she is immensely popular within the company because of the primo job she did on getting the Henderson store up and running.  She is a retailer through and through, with almost 20 years of experience running stores for companies like Ultimate Electronics and Lowe’s, though she has never done anything but retail.  The two store managers report to Sharon and are very friendly with her.  She has trained them both well.  In turn, each of the store managers oversees five to six employees.  Recently, she also told you that after many years of trying, she is pregnant, with her baby due in five months – her due date is on her 40th birthday.  Sharon also has an administrative assistant, Gideon Buckminster, of whom she is quite fond.  Gideon was a promising young accountant who had a hard time finding a job, so he just settled for this AA position – and grumbles about it to anyone who will listen.  Gideon recently filed a Worker’s Comp claim because he thinks he is developing carpal tunnel syndrome working on the computer all day.  The claim is currently being investigated.

Carney Kelly, 38, Director of Product Manufacturing.  You hired Carney almost two years ago to link the retail group to the manufacturing team in the plant.  He is a boy wonder, an engineer with a marketer’s mind, who spent 10 years in Asia supervising production lines for a US-based multinational electronics company.  He returned to the States in 2003 and went to work for SunPower Corporation in San Jose, where he helped streamline processes for manufacturing highly efficient reduced voltage-temperature coefficient solar panels for residential use.  He’s considered such a star in the industry, Perigee even has a photo and profile of him on their website.  A better project manager than people manager, he works best when he is by himself, and so it was no great surprise that he has not tried to fill the empty manager’s role in his group.  Mark and Gary, the founders, are unaware of Carney’s work style, although you are quite familiar with the situation and have spoken about it with him on several occasions. Carney's wife, Mary, who is one of your spouse's cousins, is undergoing chemotherapy for a rare kind of kidney cancer.

Also on your team are three other people below the Director level:

Taryn Smith, 29, Retail Coordinator.  Essentially your executive assistant, whom you hired a year ago out of the b-school at Stanford, not because you needed an assistant so much, but because she is very smart and shows a lot of leadership potential (she was the head of the Graduate Minority Student Council at Stanford, and won a prestigious prize for entrepreneurship).  The fact that her resume came through Mark Naismith, a Stanford alum, didn’t hurt her cause.  At $50K she is making far more than your typical coordinator, but far less than her fellow MBA classmates.  She has often told you that she is not earning enough money to make ends meet.

Shin Liu, 27, Accountant.  Most of the accounting function for Perigee is handled by the Accounting Department, but they weren’t used to dealing with the intricacies of retail invoices and inventories.  So they shipped you one of their own, Shin Liu, who does the job quietly but flawlessly.  Last year, he discovered an invoicing error in the books that saved the company nearly a quarter of a million dollars.

Marley Mason, 29, Marketing & Advertising Manager.  You lobbied and lobbied and lobbied that you needed someone on your team to help promote the stores through advertising.  And finally, just eight months ago, you got permission.  Enter Marley, a breath of fresh air in this sometimes old boy world of manufacturing.  She hit a homerun in her first month on the job, producing an innovative mobile ad campaign (“Perigee: We’re close to the sun”) that was the talk of the Consumer Electronics Show. She is also a social media prodigy who has started a widely followed blog, and within the past few months has launched an aggressive presence on Facebook.  She made you look awfully good.